Why It’s Okay To Remove Toxic People From Your Life 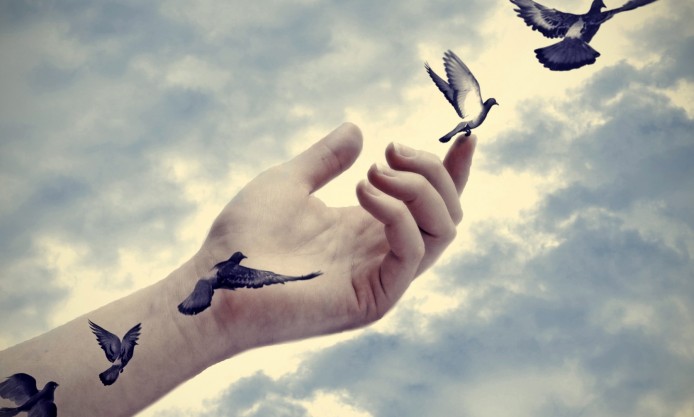 I grew up with a narcissistic mother, so I know a thing or two about toxic relationships. When someone who is supposed to love and support you is incapable of feeling genuine love toward you, you quickly learn how to make yourself smaller and less threatening. You turn out your own inner light, so it won’t offend her, or make her jealous. The last thing that you want to do is cause a narcissistic injury, because you know that doing so will cause a flurry of negativity to come your way.

People with true Narcissistic Personality Disorder are relatively rare. The disease affects about 6% of the United States population, according to a study done by the National Institute of Health. However, now that we have elected a President with this disease, it seems important for the public to understand what it’s about.

The hallmark trait of a narcissist is his inability to feel empathy for another human being. Narcissists come across as arrogant, entitled, and superior, yet, underneath it all, they are deeply insecure and flawed. Some other symptoms of Narcissistic Personality Disorder include:

Of course, a person doesn’t have to be a true narcissist to be toxic, but I like to use them as examples because: 1) I have so much experience with them, and 2) they really know how to manipulate others! One way that they do this is through Gaslighting, a term that comes from the 1944 movie “Gaslight,” in which a man continually dims the lights, while lying about it, in order to make his wife feel crazy. This form of manipulation is very powerful because it makes you doubt yourself, which, in my opinion, is the root of all psychological evil. Narcissists will flat out lie to you, and tell you that you are wrong, even when you have proof that you are right. But then, they will throw you a compliment, or, a “breadcrumb,” just to confuse you and make you feel like you are being too hard on them.

At some point, you have to realize that you are worth more than breadcrumbs.

In fact, You Deserve The Whole Damn Loaf.

I’m not saying it’s easy to break-free. It’s actually incredibly hard. And the guilt. Oh, the guilt. But, please remember that guilt can be turned into gratitude. Gratitude for setting yourself free and living the life that you truly deserve.

If you would like to learn more about Narcissistic Personality Disorder, or how to remove a toxic person from your life, contact me. I have been through it, and I can tell you definitively that life on the other side of that mountain is full of hope!